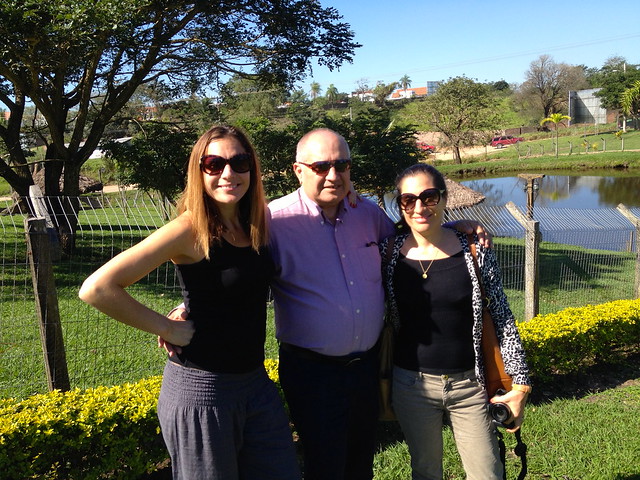 I write this in the Panama City “Tocumen” Airport as we are in transit on our way back to the USA. It was another great visit to Santa Cruz, Bolivia. We were very lucky with the weather, with only 2 days of surazo, the rainy, cold fronts, coming into Santa Cruz from the south. They are common in the southern hemisphere winter, but we had mostly sunny skies and warm weather.

It was great to spend time with family and friends and their warm hospitality was well received by the Kralovec family. Special thanks goes to Nadia’s cousins, Christian, Sabine, Claudia, Patricia, and Gabriela for hosting us. Tia Ge Ge always has great food, and it was nice to see Tia Babi and Tio Mincho. I would also like to thank friends Gabriela and Pablo, Ximena and the “campeon” Leo, Roxana and my sister-in-law Marita, for spending time with us.

The city of Santa Cruz continues its rapid growth. In 1970, the year Nadia’s father, Hermes left for Germany, it had a population of around 100,000. When I lived there from 1997-99, the population was around 1 million. Today, in 2014, it is over 2 million. Most of the growth is coming from migration from the Andean cities of La Paz, Cochabomba and other places in Bolivia to Santa Cruz. It has the strongest economy in the country. Every year we come, there seems to be new buildings, roads, and businesses. This time we had a nice time at the Hard Rock Cafe, which is part of the new Ventura Mall (see photos). There were also new tall apartment and office buildings going up all over the city. This is good for my father-in-law’s scaffolding renting business. While we were there, his entire stock of scaffolds (andamios in Spanish) was rented. Rumor has it that some of this growth is coming from drug production and trafficking, but I don’t see the violence one sees in Colombia and Mexico. I doubt that significant sums are coming in, but I do see more Porsche and Hummers than I did before.

Much of Santa Cruz’s growth is across the River Pirai, the river that runs by the city. A bridge was put in several years ago and the area on the other side of the river, Urubo, has hundreds of new land developments, both big and small. Several of our friends have homes in the area and they are so much nicer than the other side of city. There is much more green space. Sadly, I see this side of river turning into the same, busy, scene as the old Santa Cruz. We spent a nice afternoon (see lead photo) in Urubo, at the Casa Del Camba Restaurant. “Camba” refers to the people of Santa Cruz and the eastern lowland region of Bolivia. As you can see from the photos, it is a beautiful, tropical garden setting and delicious food.

I really want to buy some land over there. I would prefer closer to the Amboro National Park as I have always wanted to own an “eco-hotel” bed and breakfast there. Nadia and I would like to have a nice retirement income like my father-in-law Hermes, some small business that brings in living allowance, but does not require a lot of work. The whole of Bolivian lowlands is really off the tourist track and is spectacularly beautiful. We are planning a trip next summer to head east out of Santa Cruz towards the Paraguay and Brazilian borders to visit the forests, savannas, and Christian missionary churches in the land of the Chiquitano Indians.  Nadia’s family owns a big ranch outside of San Javier, which we visited when I lived there in 1998. The weather is great, although it is too hot and humid for some people, and easy living with affordable domestic help available. It is also good to be fluent in Spanish. I totally understand Latin American culture and can communicate freely. I forgot how nice it is to greet and say goodbye to friends with a kiss (females), and the Camba shake-bro hug – shake with men.

The negative points about Santa Cruz are the poverty, lack of education, and crime. Everyone lives behind large walls and security. Many of our friends have been victims of mugging or theft. It is not as bad as other Latin American countries, but it is a concern. There is a lot of corruption and incompetence in government. Evo Morales, the first indigenous leader of Bolivia, is doing a pretty good job, compared to past Bolivian presidents, but there is still a long way to go. One acquaintance of mine, a building contractor, was telling me of his work constructing government schools and other buildings for the government. He sees a lot of money wasted in corruptive practices. Articles in El Deber, the largest daily newspaper of Santa Cruz this week, had articles about the horrible water quality of Samaipata, a town near Amboro, the wasteful spending of natural gas revenues of the mayor of Villa Montes, the large number of children needing medical attention from attacks from stray dogs, and the sad plight of street children in the city. One evening we were playing soccer in the park in front of my father-in-law’s house, and the children from the local orphanage (hogar) came to play. It broke my heart to see the over 30 children, without sufficient parental care.

I have so much nostalgia for the city as it is where Nadia and I fell in love. Many streets and places bring back so many fond memories, that it will always have a special place in my heart. I hope to spend some more time there next summer. Viva Santa Cruz!