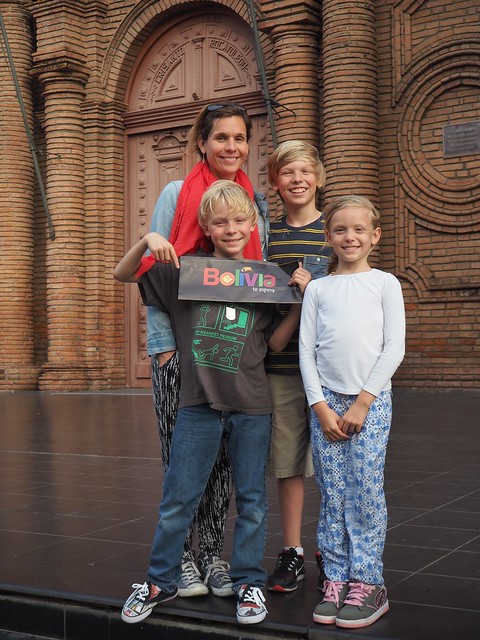 In front of the Basilica Menor de San Lorenzo

Coming from ultra clean and organized Japan, it has been a shock to see large amounts of litter, garbage and rubble everywhere in the city. I forgot how dirty Bolivia can be and with the high winds the past couple of days, there is a constant flow of debris. It is nice to vacation in a place so different than what we are used to.

The city continues to grow. I haven’t been across the Pirai River to the section called Urubo yet where most of the growth is occurring, but in the north part of the city where my father-in-law lives, there is lots of growth. New apartment buildings, malls, paved roads, etc everywhere! It is one of the fastest growing cities in the world. The metro area is now over 2 million people, which feels small compared to Osaka. 🙂

I forgot how cheap services are here and how time consuming it is to run errands. We have been improving the house for my father-in-law to make him more comfortable. Buying plants, getting the couches and chairs reupholstered, painting walls, fixing leaks, etc. We hope to be able to take out the bathtub and give him a walk-in shower so there is less risk of a fall. 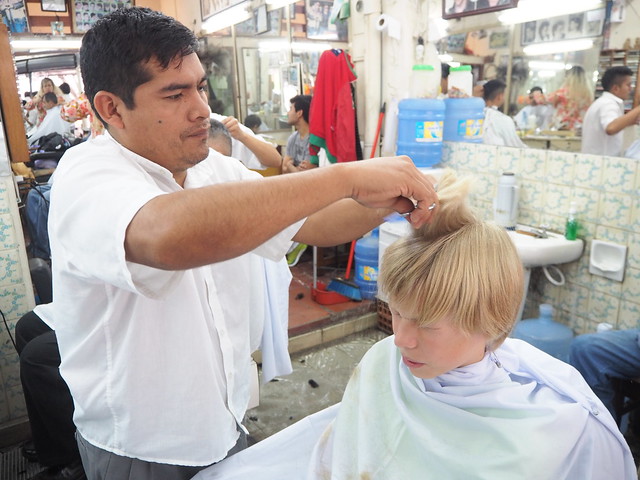 Owen getting his haircut at El Tiluchi barber in the 7 Calles neighborhood of Santa Cruz.

Despite the growth, the city still has its small town charms. We took the kids down to the main plaza, 24 de Septiembre yesterday. The first revolt against the Spanish colonial government occurred on September 24, 1810. As with many Spanish cities, there is a central plaza and it was full of people. We have many memories of hanging out there going to the Victory Cafe. There used to be sloths in the trees in the plaza but they have been taken away.

I haven’t heard much of autonomy movement on this visit. The president Evo Morales is firmly in control and has quashed much of the dissent of his rule. Santa Cruz is the economic capital of the country and the Cruceños have a different culture than the Andinos of La Paz and have resented the internal immigration to the city and tax money flowing out to La Paz. He has imposed harsh discrimination laws and jailed one of the alleged leaders of the breakaway movement. I think and I have wrote this before, that Santa Cruz is more like Asuncion than La Paz and should be a part of Paraguay. Being part of Bolivia brings some benefits and diversity, but it really is a Chaco/Guarani city. Too late now… 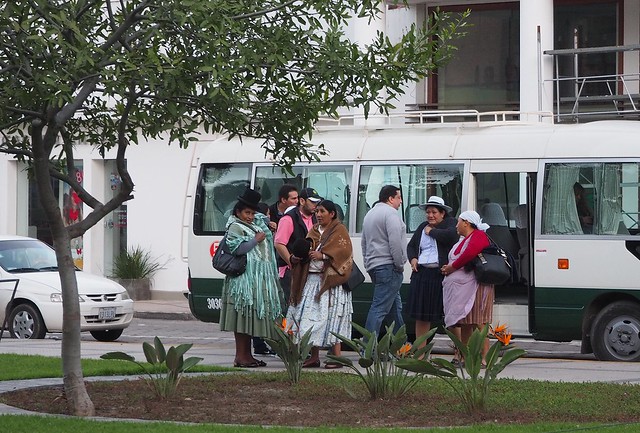 People moving from the Bolivian Andes seeking economic opportunities has caused divisions within the country.

There is a lot of poverty here and the lack of education in the majority of the citizens is quite evident. The lives of most Bolivians is stultifying boring, sitting in a market selling cloth, fruit, parking cars, etc. It is a sad fact that there is a lot of lost potential, especially in a country with many young people with energy and ideas. 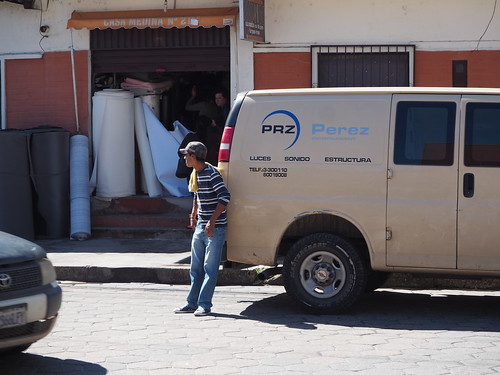 A tough way to make a living- parking attendant on the streets of 7 Calles.

The weather is absolutely delicious the first week with cool, cloudy weather the beginning of the week and sunny skies with temperatures in the 80s this weekend. The climate and soils make growing stuff here very easy. It could be a tropical paradise with a bit of care. There are many nice parks near our house and the kids have been enjoying playing in many of them. 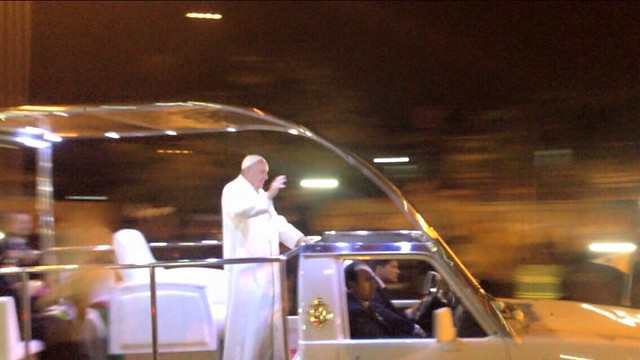 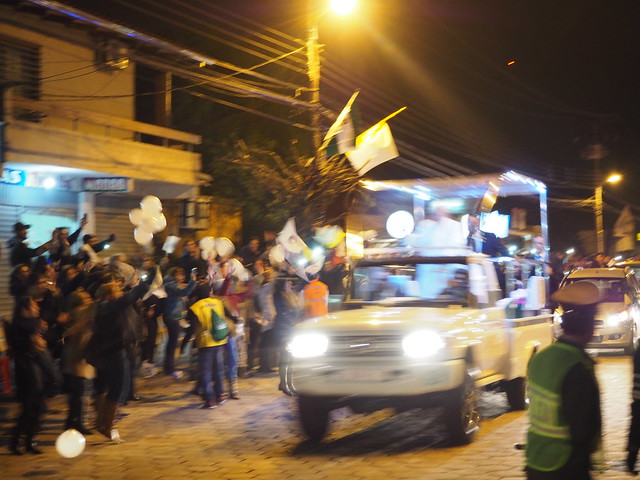 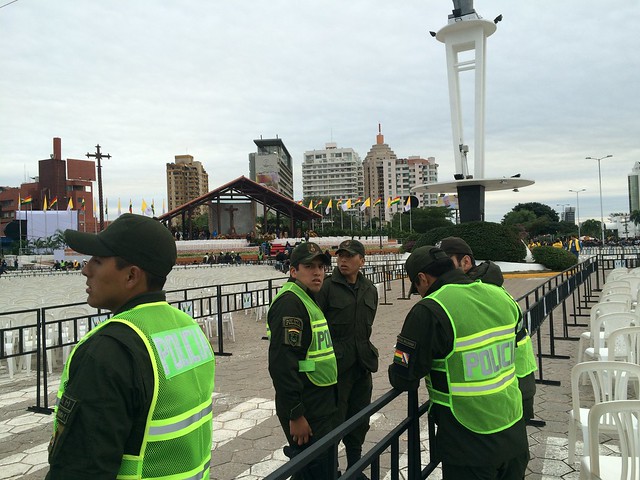