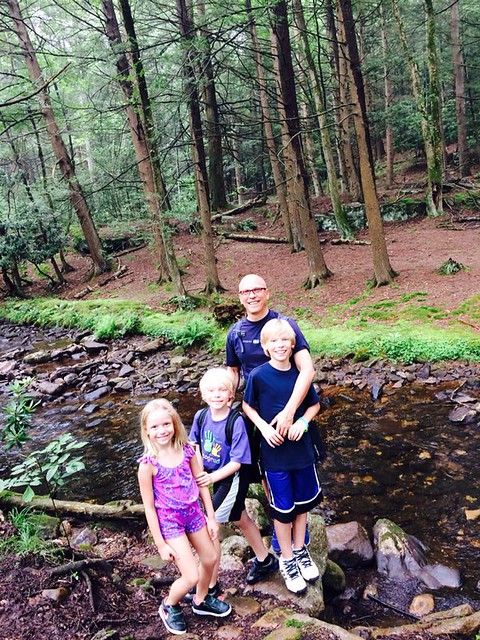 We went for a hike today in the Hickory Run State Park, located in Pocono Mountains of north eastern Pennsylvania. We walked the Shades of Death trail, which meandered along the Sand Spring Run (a run is what the Pennsylvanians call a creek). The Pocono Mountains are part of the Appalachian Mountain chain here in the Mid Atlantic region of the United States. Early pioneers called the area Shades of Death because it was full of swamps, hills, rocks, and thick, Laurel bushes that made travel through the area difficult. 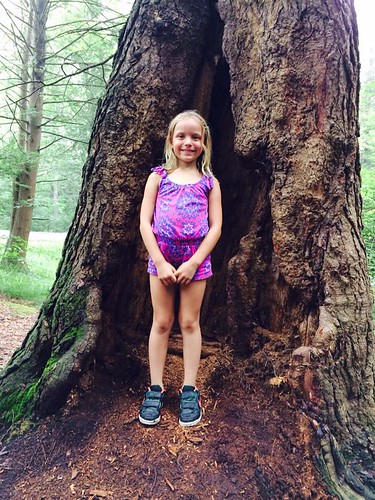 The Hickory Run park was started by the late Allentown millionaire, General Henry C. Trexler, who bought the land and wanted to see it be a park where families could come and enjoy wholesome recreation, which we certainly did today. No one knows where the term “Hickory” came from as there are no Hickory trees in the area. The kids and Nadia and I were enchanted with the dark, misty, and green forests alongside the creek. It was prime time for the Mountain Laurel flower, the state flower of West Virginia and an icon of the Appalachians. The run had a couple of damns on it and in hotter weather, would make for a perfect swimming hole. I did go swimming at Hawk Falls, in another part of the park later on in the day. We had a nice picnic lunch and walked back to the park headquarters, which was a Manor House in the old town of Hickory Run. 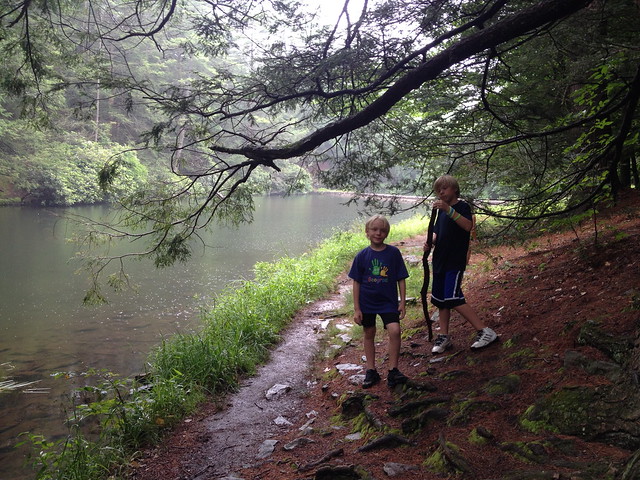 The kids loved running along up and down the rocky trails. Ocean was thinking that a gnome or fairy would be seen in the misty, dark woods. Later on we drove to another part of the park to see Hawk Falls. It was pouring rain by the time we got there but that did not stop us. We ran back after swimming in the ice cold water. It brought back memories of the Bolivian jungle for Nadia and I! We hope to explore another park tomorrow in the Poconos.