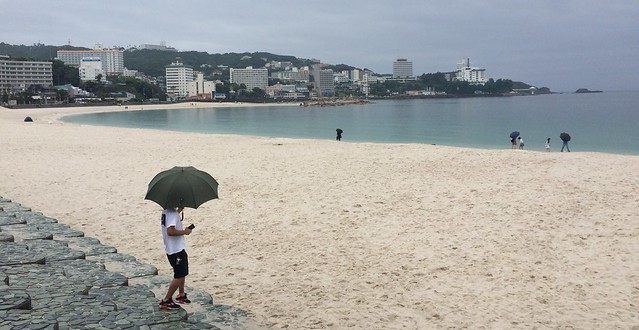 Yesterday we got out of the city and headed south of Osaka, towards the end of the Kii Peninsula. Our destination was the beach resort town of Shirahama (white beach). The city of 23,000 people, is a popular summer destination for people from Kansai. I can see why because the beach was beautiful and there is lots to do in the area. We will definitely go again. 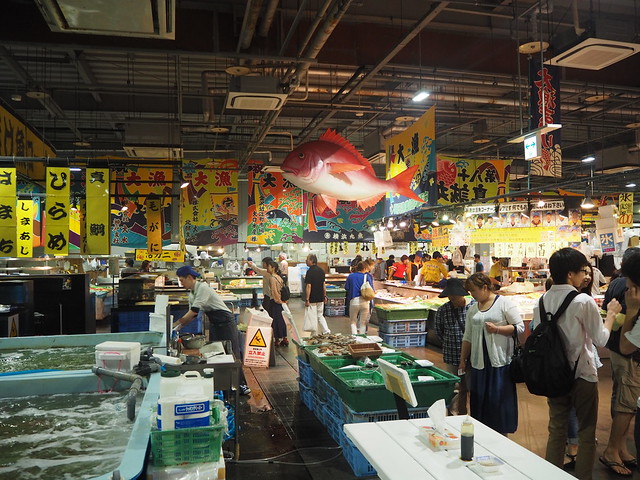 We stopped at the Tore Tore Ichiba, which is a large market. It was the best fish market I have ever seen. The Japanese know seafood and do it right, and it was amazing that the place did not smell like fish in the least bit. Other seafood markets I have been to around the world have that strong smell of fish, but this one, nothing. That tells me the it is fresh! We had an interesting “tour” of the market and the workers were quite friendly, answering our questions the best they could with limited English. We bought some fresh Red Sea Bream for tonight. I also bought a whale steak. I was surprised at the large section of whale meat and I will blog on that experience in a later post. The kids enjoyed the spectacle of the live aquariums. I recommend a visit and it was quite popular with tourists. 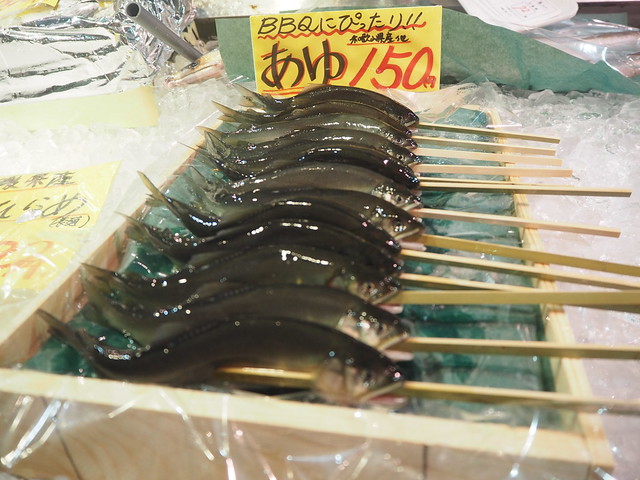 It was an overcast, rainy day but that did not stop us from enjoying the beach. The white sands are imported from Australia and the water was clean and cool, but not cold. In Japan, people only swim in the ocean from July to August, so outside of those times, the beaches are pretty much empty. There were three people swimming and two other families/couples on the beach. The coastline is supposed to be beautifully rugged with lots of cliffs, rocks and small beaches. We are looking forward to exploring more when we get back in August.

It is about a 2 and 1/2 hour drive from Minoh. Most of the way is four-lane expressway and the tolls are expensive (4,000 Yen one way) but it is a smooth pleasant drive.