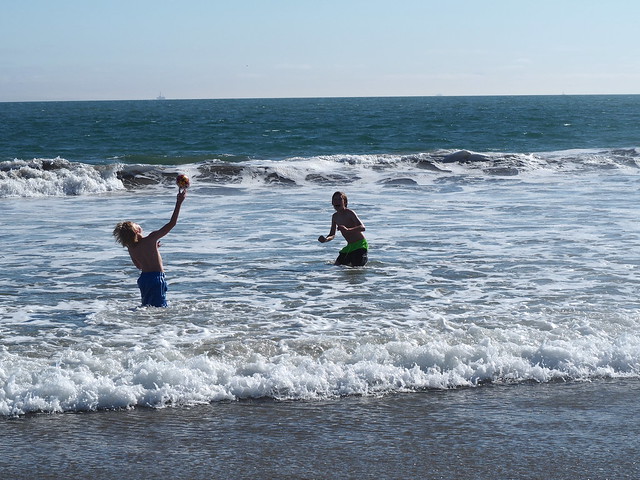 After a day of shopping at an outlet mall, we spent a couple of hours on Ventura Beach, located in the city of Ventura. It is located just northwest of the Los Angeles metropolitan area. We enjoyed a bit a swimming and playing on the beach. The water was quite cool and the cold breeze kept most people away so we had lots of space to run around.

Ventura is famous for its agriculture because two rivers empty to the sea nearby and it created super fertile soil. It is still today one of the biggest citrus growing regions in the world. We saw some of the migrant workers in the fields as we headed from Caramillo to Ventura. It is far enough out of LA to feel a bit like the desert west and had a much different feel than the city. 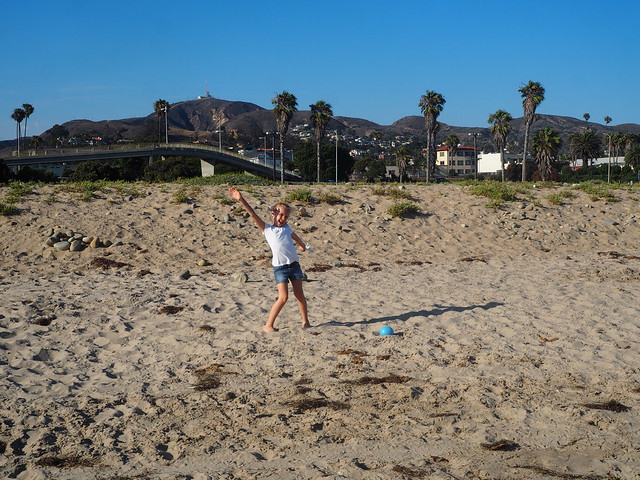 It was nice to get a taste of California surfing beach culture. Traffic also was not too bad on the way home, something that is always a concern in LA.

One thought on “Ventura California”