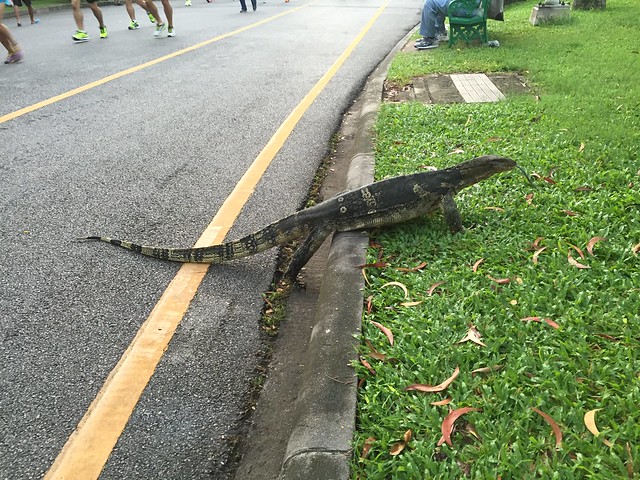 I am partial to big parks in urban areas. In all of the cities I have lived in or visited, I always make a point to spend some time in them. I guess being from a small town, I have a need for the green of nature, or at least, to get away from cement, steel and glass. My all time favorite is Kings Park in Perth, Australia. I used to run in there often, but that was before the internet, so no blog posts 😦 .

My final post from Bangkok is about Lumphini Park. We stayed in serviced apartments down the block from the park, so I went for a morning or evening run/walk four times. A prime attraction are the large monitor lizards (photo above). One was crossing the running trail and going into the lake and I saw another swimming in the lake. It was quite tame and easy to approach and photograph. 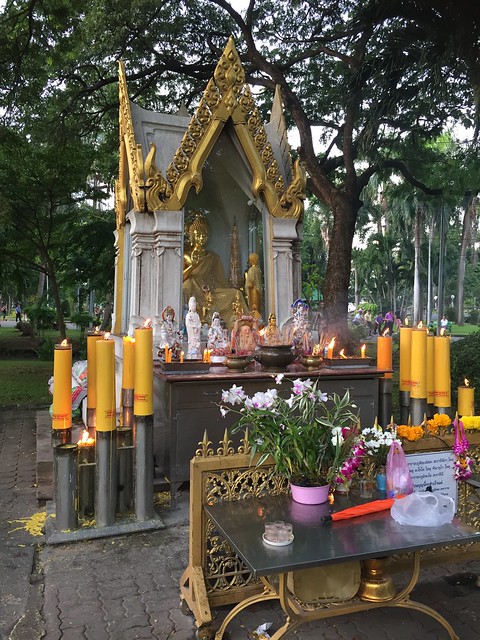 There is a 2.5 kilometer paved and marked path that circles the park. Both in the morning and evening, there were many people walking and running the path, although it didn’t feel crowded. The artificial lake offers some nice views of the central business district, much like in Central Park. Many older people were stretching or doing thai chi exercises. It was like a village inside a big city, dotted with shrines, outside restaurants and playgrounds. It is a great place to people watch. 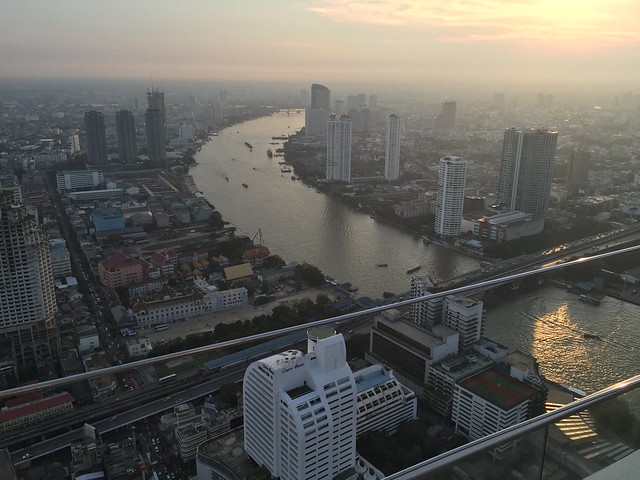 View of the city from the Hangover II Hotel

I really enjoyed my week in the city. I wouldn’t want to live downtown where we were staying however. Traffic is a big problem as it limits ease of getting around. We were endlessly waiting at traffic lights with hundreds of motorcycles and scooters weaving in and out of traffic lanes. I would guess that air pollution is quite high. The infrastructure is falling apart, with electrical wires loose on every pole, a poor sewage treatment system resulting in a polluted Chao Phraya river and odors wafting up from the city streets and sidewalks. 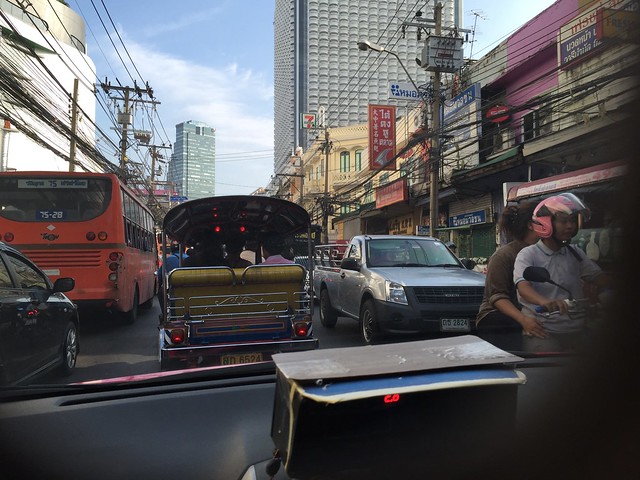 The Thais do have beautiful smiles and positive attitudes. The temples and shrines of Therevada Buddhism are ornate blasts of color and give such an exotic feel to the city. The hustle and bustle of the people of Bangkok also is lively, giving the city a good vibe. We had some really good meals and there were lots of cafes to choose from. Thai cuisine’s focus on spices, jasmine rice and vegetables makes it one of my  favorite cuisines. We avoided the seedy sex trade sections of the city, but we did see groups of older men obviously there for that. They are also set up for tourism and so going to the muay thai boxing, taking a cooking lesson or riding an elephant is quite easy to organize. Tropical cities remind me of my first posting overseas, Barranquilla, Colombia and walking through the city brought back fond memories of my time there.

I hope to explore more of the country on future visits as well as the rest of South East Asia.

2 thoughts on “Farewell to Bangkok and Lumphini Park”