This is a common sight in morning parks throughout Japan. Groups of senior citizens perform synchronized stretching exercises. I photographed them yesterday morning during my bike ride in Senri Chuo central park. 1/3 of Japan is age 60+ and 1/4 is 65+ and this reflects a trend in people living longer and young people having less children. If it continues, in 40 years, 2060, 40% of Japan will be over 60 and the population will drop from 128 million in 2010 down to 87 million. A professor at Tohuko University continued the calculations, stating in the year 3776, Japan will be down to 1 remaining child.

In some ways this is good for Japan in that Tokyo, Osaka and other cities are overcrowded. One needs to be selective when going for holidays or excursions during breaks. Traffic and crowds are something always to be aware of. In many ways it is bad however, to have a dearth of young people, especially regarding taxes and pensions. It will force Japan to consider immigration to get more working age people here.

The exercise group is an example of the healthy living here in Japan and why people live long, productive lives. Older people eat a lot of fish and vegetables, don’t eat big portions and do a lot of walking and biking. That compares to the sedentary lifestyles and highly processed unhealthy diets of many Western cultures. 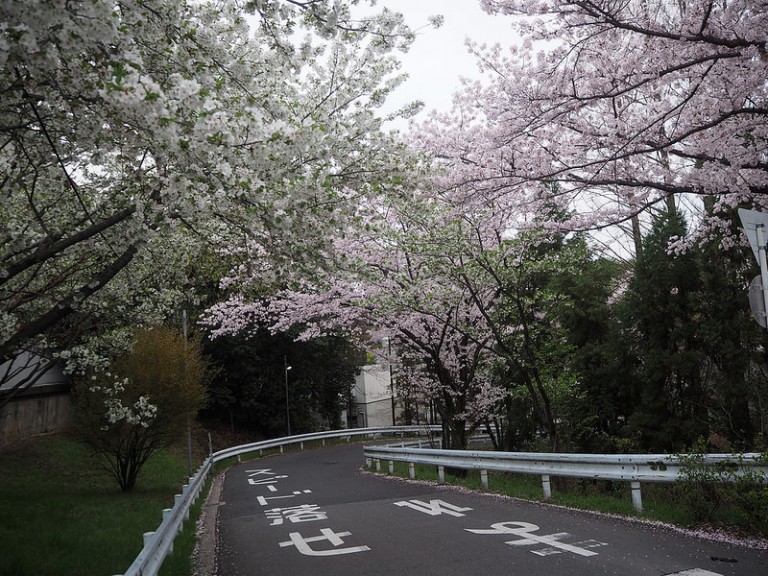 Taking my mind off Japan’s demographics, we are in the middle of sakura (cherry blossom) season and it is really stunning! There are lots of cherry trees in the city and as you can see, they are shining in color. The culture appreciates this explosion of life and the ephemeral nature of the bloom. Hanami (viewing parties and picnics) are common at this time of year.