This is a special day for the ex-Yugoslavia because it was the Day of Youth and the celebration of former dictator, Tito’s birthday. It is also my birthday so I always try to do something with the family with a Yugoslavian theme. This year since we are leaving Serbia, I wanted to get a family photo with the traditional national costumes of Serbia.

Rural people actually wore these clothes into the 20th century, but like all traditional, locally made clothes, modernization has homogenized clothing for much of the western world. In some ways I see why people don’t wear these. The course woolen fabric of the pants is a bit uncomfortable and on this humid, early summer, day, it was difficult to get the kids to cooperate. The shirts had intricate embroidery, the red stitching symbolizing the blood lost in the Battle of Kosovo in 1389. A distinctive feature for both men and women is the  jelek or waist coat, which looks good, even today.  You can’t see in the photo above, but I am wearing opanci, which are leather sandals with hooked toes that the peasants wore for climbing. They are similar to North American Indian moccasins. 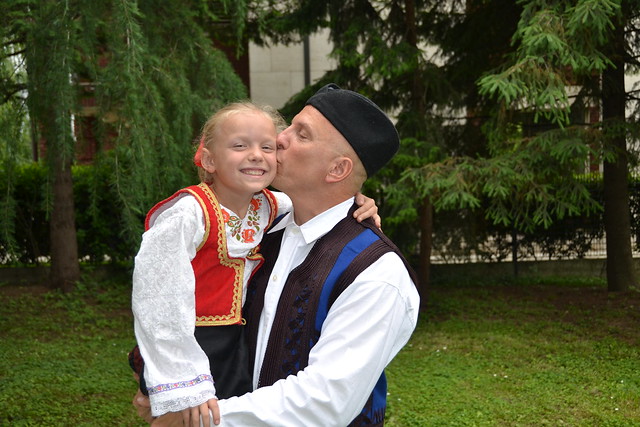 My favorite part of the costume is of course, the national hat of Serbia, the Šajkača. The hats originated with Serbian soldiers, stationed on the Danube and Sava Rivers by the Austro-Hungarians to protect the empire against the Ottoman Turks. The hats are in the shape of an overturned Serbian boat, a šajka. The hat eventually became popular with the rest of the Serbian army and also with non-military farmers. The Bosnian Serb army during the wars of the breakup of Yugoslavia brought it back into popularity. Today it is only worn for special occasions, like Serbian national soccer matches or by folkloric dance troupes. I think they are very hip and would like to see them made popular again. They are very distinctive and instantly recognizable as Serbian. 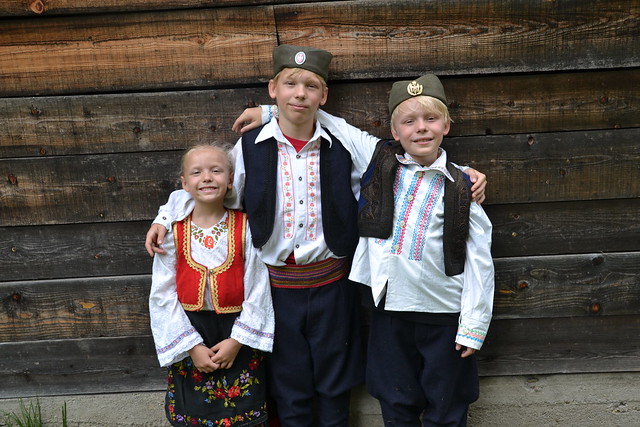