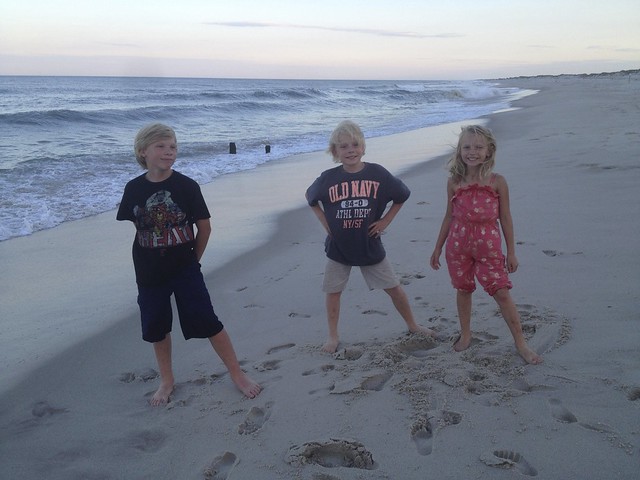 We are taking a few days of rest and relaxation to celebrate the end of my classes at Lehigh. We drove 3 hours yesterday from Freeland and are staying at the “Jersey Shore”. More specifically, in Seaside Park, which is a small town on the Barnegat Peninsula, a narrow barrier peninsula, just off the mainland of north-central New Jersey. We chose Seaside Park because it is just outside the Island Beach State Park, the largest undeveloped coastline in the state. 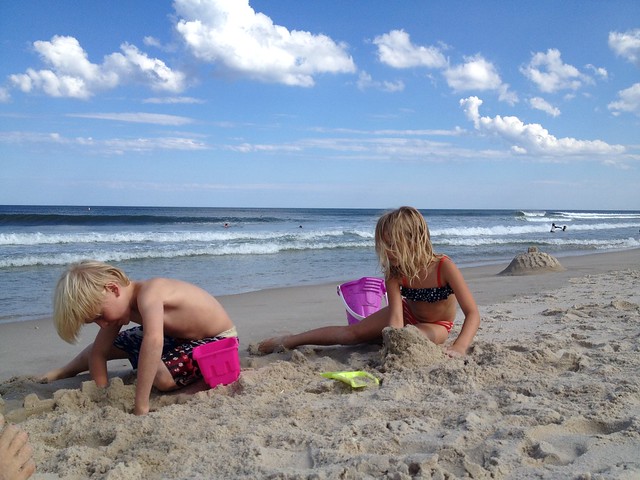 The peninsula is very crowded, as is most of the coast, due to its proximity to the metro areas of New York and Philadelphia. For generations, Americans have come to summer on the “Jersey Shore” (I would call it the Jersey Beaches instead). It is some pretty expensive real estate, and people are attracted here because of the white sands, blue water, and cool breezes coming off the Atlantic. We had a wonderful afternoon and evening, making sand castles, throwing the football around, and diving in the big waves crashing on the sands. The water is a bit cold however, not Lake Superior cold, but extremely refreshing. The beach was not crowded with plenty of space for everyone. We are staying at the Beach Club Hotel a small, family-run hotel near the beach which is perfect. The peninsula is still recovering from Hurricane Sandy, which hit the New York/New Jersey area in October of 2012.

Nadia and I are taking great pleasure in watching the kids play and have fun! That is what raising a family is all about. 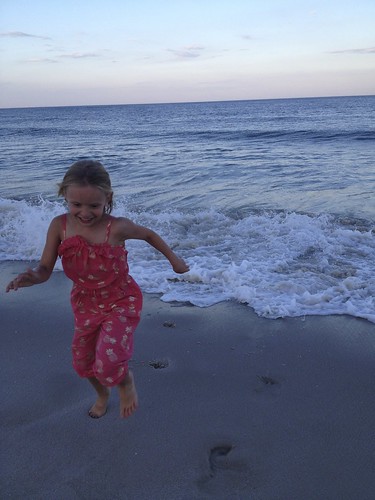