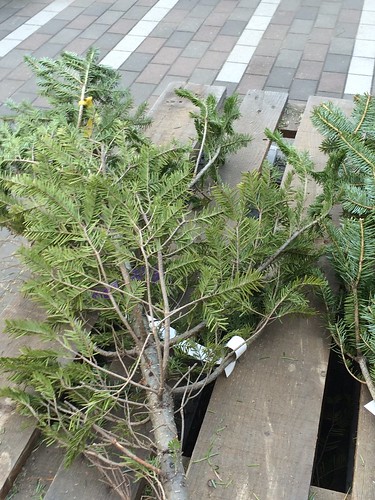 We had a funny experience earlier this week when we tried to buy a Christmas tree. We heard that Ikea sold real trees so on the last day of our rental car, we drove south to the store. Ikea is located on reclaimed land in the Osaka Bay, close to the mouth of the Yodo River. The waterfront in Osaka is not developed as a tourist destination, but instead is very industrial with a large port and factories.  My guess is that land was cheap and it was easy to receive imported goods so Ikea put their store there. The store is not near public transport so Ikea runs their own shuttle bus from the Namba station.

After about a 45 minute drive we got to the parking lot and there was a frenzy of activity near the entrance. They were selling “trees” around the corner from the entrance and when Nadia asked a salesperson how to buy a tree, she tells us that they are quickly selling out and to hurry to buy a ticket for a tree and stand before they run out. Nadia left for the sales desk and I went out to select a tree. When I got there however, I saw that the “trees” were just large branches. The locals were presenting their tickets and wrapping their branches in newspaper and were carrying them to the cars like babies. Hilarious! They were very happy with their branches. I guess it is all relative and in thinking about the size  of most Japanese apartments, a large tree would not fit. I quickly called Nadia and told her not to spend the 2,000 yen on a branch. Being from northern Michigan and having spent several years shaping Christmas trees at Hanson’s Tree Farm in my home town, I couldn’t get myself to buy a branch. It was a full branch, but it would have been worse than a Charlie Brown Christmas tree. 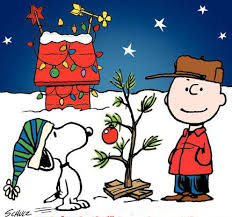 Instead we ended up getting an artificial tree. The main point was the kids, especially Ocean, loved trimming the tree and we infused some Christmas spirit into our house. We decided to put up the tree early this year because we are traveling to Australia for the holiday and want to enjoy the tree for a longer time.

I didn’t want to take any photos of people, so we sent Oliver to snap a photo of the branches to give you an idea of what they looked like. He took the photo that led this post, this branch sitting on a pallet, waiting for pickup from some happy customer.

I find it interesting as well that the Japanese love Christmas! There are decorations everywhere and Christmas carols playing in the stores. Nadia bought some ornaments and decorations at the local Ikea version, Nitori. Halloween was big here as well.