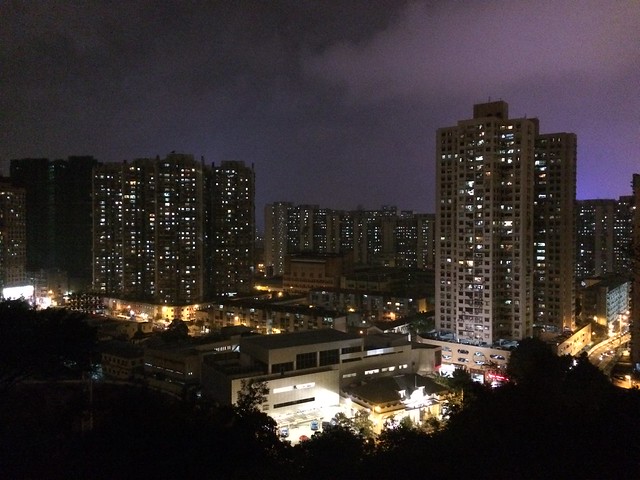 We got in pretty late so not much time to get a feel for the place. Initial impressions are a lot of people packed in a small area. The photos are from the Parque de Mong Hu (Las Monjas – The Nuns) on the peninsula part of Macau. We are staying in the older part of the city, near the Chinese border. I am looking forward to seeing the place in the day.

I had a discussion this morning with my children. Is Macau a country or not? The stakes were somewhat high because we keep track of the number of countries we visit, so if we determine Macau to be a country, then it would add to my total. In favor of being a country were that Macau has its own currency, FIFA world cup soccer team, flag and most importantly, Chinese citizens need to have their passports stamped upon entry. Not in favor is that it is basically a Chinese port city. 95% of Macau’s population is ethnic Chinese, as the majority of its citizens have been throughout its history, even with a small cadre of Portuguese sailors and managers running the colony for 450 years. 2/3 of the 31.5 million visitor arrivals in 2014 were “mainlanders” or Chinese. So, basically it is a Chinese city, but until 2049, when it loses its “Special Administrative Region” status, it is regarded as its own country. 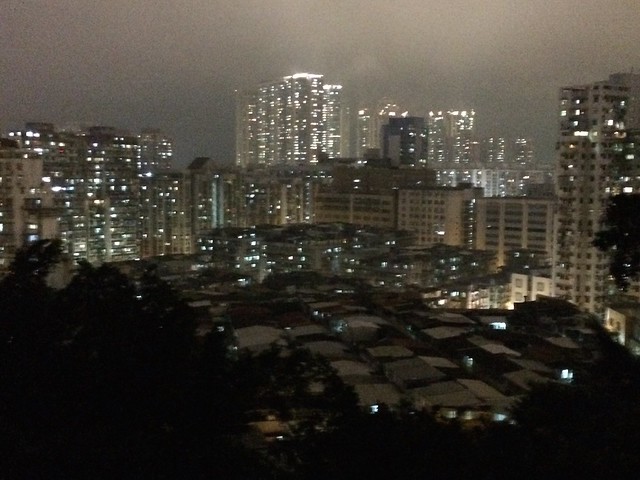 The most interesting thing about Macau is that it is Las Vegas on steroids! It is the gambling capital of the world, thanks to the fact that Chinese love casinos and gambling. In 2013 the gambling industry took in 45 billion dollars compared to the 6.5 billion of Las Vegas. I am looking forward to seeing the size of the casinos, although I am not a big gambler and do not see the appeal of gambling as a holiday destination. Macau’s gambling revenue has dropped recently due to the crackdown on corruption and money laundering by the Chinese leader, Xi Jingping. Rich mainlanders use yuan to buy chips and cash out in other currency. It is a good way of getting money out of the country. The Chinese government is making it harder for mainlanders to get visas and is going after casinos to control these “high rollers”. They also prohibited smoking, which is even a greater love to the Chinese than gambling. Other countries are moving in like Vietnam, the Philippines and Indonesia offering perks to these rich Chinese gamblers. I am curious to see if the casinos are empty.

The other interesting statistic is that Macau is the most densely populated country in the world. The 600,000 people are squeezed in a small peninsula and two former islands that are now connected through reclaiming the sea. I have been to number 7 and 8 on the list, Malta and Bahrain, so I will see if it feels crowded. 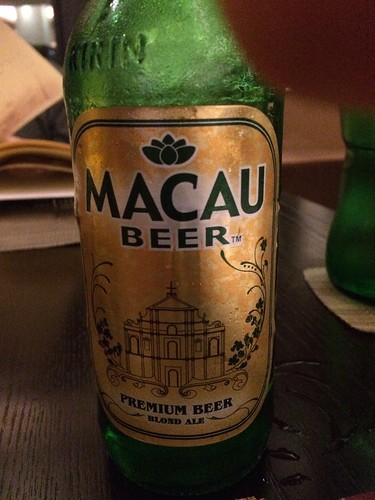 The city is named after the Chinese goddess Ma – tsu, the goddess of seafarers, because of a temple dedicated to her that is located there. Legend has it that as a young girl in the 900s, she saved her father and brothers who were at sea in a storm through the powers of her mind in a dream. Her mother is said to have woken her which caused the death of her father or a brother, it depends on who is telling the story. As with all pre-history historical figures, details are sketchy. The Portuguese took over the port around 1550 and used it as a trading port for Chinese silk, tea and porcelain. I read that in circa 1600 census, there were 2000 Portuguese, 20,000 Chinese, and 5,000 African slaves. The slaves must have been treated well as they repelled the Dutch when they tried to take it over. Amazing to think today that countries like Portugal and the Netherlands could take and run an port in such a big country as China. In World War II, the allies bombed it because despite its neutral status, they sold fuel to the Japanese. The Portuguese held it until it went to China in 1999 and eventually in 2049 it will become fully a part of China. I wonder why they drive on the left side, while mainland China is on the right and so is Portugal? There are few remnants of Portugal’s long control of the city-state, some buildings, including the ruins of St. Paul’s Cathedral, which burned down in 1835, some DNA and language bits which will soon be washed out by the demographics of China.

I love to discover new places and see how other people live. I always ask myself, could I live there?

On a postscript, in reading The Macau Post Daily Independent, the headlines showed the arrest of 36 “kingpins” of a gang of “pimps”. The young men, ranging in ages from 16-27, arranged prostitutes to visit clients in their hotel rooms. The article got into the economics of the system, the girl only got 50% of the money, the gang member who found the client got 30%, and 20% went to the “kingpin”. The girls also only got paid when they returned to the mainland. So sad that they need to do this to earn a decent living. The men are facing up to 8 years in prison, including the 16 year old, and if found part of organized crime gang, the prison term increases to 15 years. The Macau police department office has both Chinese and Portuguese signs in the background. Other news were as follows:
• the arrest of thief from the mainland who is accused of stealing valuables from 14 cars – he drove around in a scooter looking for potential targets and sold or pawned the mobile phones, tablet computers using the victims’ ID cards – he came to Macau illegally by boat and lost all him money gambling, hence the crime spree on a stolen scooter
• Wynn Resort’s chairman, Steve Wynn is fighting his ex-wife in court over voting control of her 9.4% shares in the company. She is trying to stay on the board, but at the last board meeting, members wanted her out because of a conflict of interest and for creating a negative atmosphere and hurting the board’s effectiveness. Wynn has a large casino in Macau.
• The smoking ban will be increased to include all areas of the casino, including the VIP rooms. A PSA on the front page reminded people of the smoking ban in massage parlors that started this year.
• The governing body of Macau, the “Legislative Assembly” is discussing education law in Macau and is reaffirming the freedom of teachers to deal with sensitive Chinese history topics like the Cultural Revolution and the June 4 protests in Hong Kong. They are also trying to create a mandatory minimum wage bill within 3 years for all sectors of Macau, including doormen and janitors. They are proposing 30 patacas (a little over $3). It is the only jurisdiction in China, including Hong Kong and Taiwan, that does not have a minimum wage law.
• There a page of articles describing Chinese control of Macau, including one government official making a statement control of the number of tourist visas, another denying the movie Selma was banned in Macau and the LA would seek more input from civic associations, professional groups and individuals when making decisions.