Last night I went to the other side of the bay to Kobe to attend the American Chamber of Commerce in Japan sponsored talk, “The Business of Baseball” featuring author Robert Whiting and Hanshin Tiger player, Matt Murton.

Whiting is a long-time commentator on culture and baseball in Japan. His most famous book

is “You Gotta Have Wa” which I read recently. It should be required reading for anyone working in Japan! Whiting tells the story of baseball in Japan and the clash of cultures when foreign players, mostly American, come over to play. The book has relates to life outside baseball, and will give useful insight to people in any field, including business and education.

One of my interesting

takeaways was learning why Major League Baseball has grown to $9 billion in revenue while the Nippon Baseball League has stayed around $1 billion. The reasons are many, but basically, MLB teams run their teams professionally specific to baseball. All front office people are trained and experienced in sports business and they have successfully monetized the sport. From getting taxpayers to fund stadiums, to subscriptions on MLB.com, the league exploits every possible avenue to gain money. MLB teams also work closer together to create a competitive balance and negotiate broadcast contracts together to get more money for all the teams. In contrast, Japanese teams are owned by corporation and are thought of as a division of the company, not a money-making entity in the entertainment business. 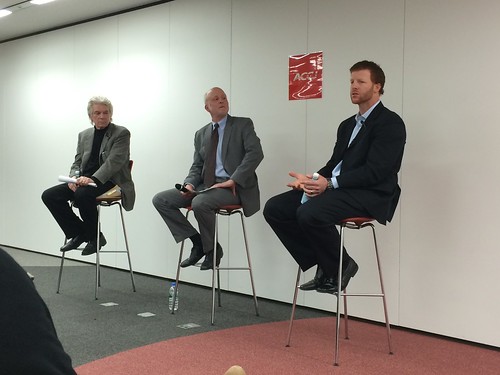 . The league also is run by the top two teams, Hanshin Tigers and Yomiuri Giants, to the detriment of the other teams and the league as a whole. Also, the players do not have much power and hence there is not much incentive for team executives to try to maximize profits to pay high salaries.

As a counter point, I get tired of the high cost of professional sports in the USA. To go to a game with my family, although it is a really great night out, is prohibitively expensive to do it too often. American sports business tries to get every last dollar from the consumers, whether it be through $150 jerseys to a 2% hotel room tax in Green Bay Wisconsin to pay for the renovations to the Packer’s football stadium. They do get the stadium experience right, even in the minor leagues as we experienced this summer.

The other takeway is how different the Japanese approach the sport to Americans. The amount of training, practice and preparation is many times more in Japan than in the USA. It is basically a year-round sport, with spring training starting a full month prior to the US. “Thunder” Matt Murton, as he is known, gave the example of batting practice. In the US, batters will take 5-8 swings in the cage and then rest. In Japan, there are 3 cages and he batted for 4 minutes three times and then went in doors to swing some more.

I asked Robert about US managers in Japan and the parallels to a business or education professional working in Japan. He said it was a balancing act and one needs to appreciate and learn as much as possible about the culture and language, but always keep in mind that you were hired for what you bring from the outside world to Japan. He also recommended to leave Japan to decompress a couple of times a year.

I would like to thank the American Chamber of Commerce in Japan for organizing the talk!