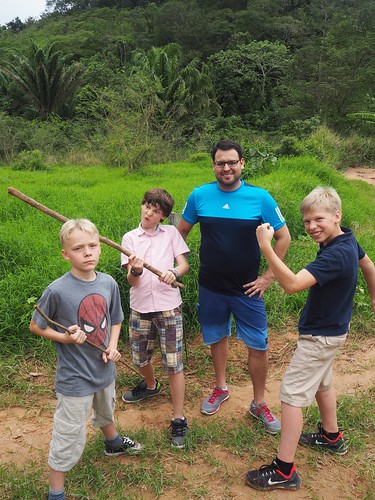 The past few days we spent going outside of the city, visiting some small towns in the area. Above, the boys and our friend, Pablo are shown during a hike in the hills beyond the  town of El Turno. It is located to the west of Santa Cruz, in the foothills of the Andes. A perfect climate and amount of precipitation for plant growth. Absolutely beautiful! The boys were a bit scared hiking through some of the thicker forested areas that made me laugh. I kept joking we were going to stumble into a clandestine coca processing lab, which sadly, is a possibility in eastern Bolivia. 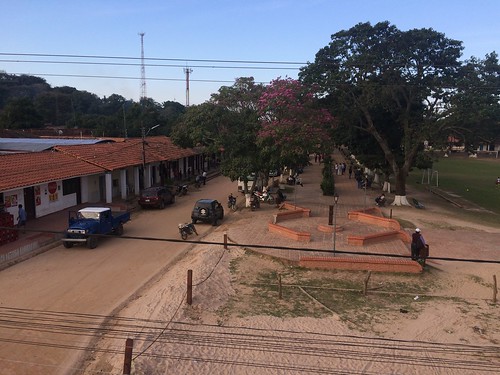 The government completed a paved road from Urubo to the village of Porongo. Previously, one needed to go towards La Guardia and then take a 3km unpaved road to go there. The main Porongo plaza above, was very tranquilo on a Friday afternoon. I fear that Santa Cruz will keep growing out to Porongo and it will lose its rustic charm. 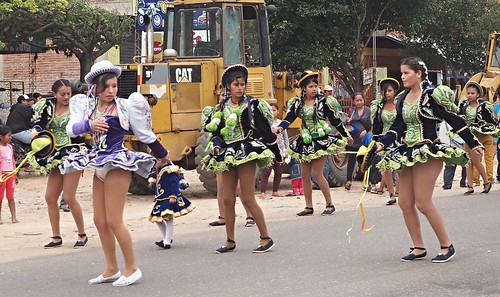 We ran into a procession (above) celebrating the Day of La Paz, the legislative capitol of Bolivia. The parade was happening in El Torno, a small town here in the Santa Cruz department. It shows the incredible amount of internal immigration from the Andes to the eastern lowlands. Andean immigrants almost outnumber cambas (the people of the eastern lowlands) here. The girls above are wearing the traditional bowler hats of the chollas of La Paz. The short skirts are an homage to the long skirts of the chollas as well. 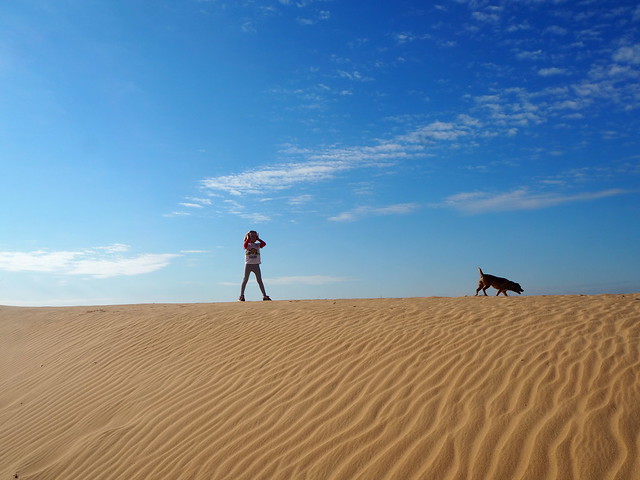 I snapped this cool photograph of my daughter Ocean and our dog Lulu on top of las dunas de Urubo. These are sand dunes similar to the more famous las lomas de arena in the south of Santa Cruz. There is a new housing development going up there. I don’t know who would want to buy land near shifting sand dunes? Anyway, the kids liked running around and exploring the area. 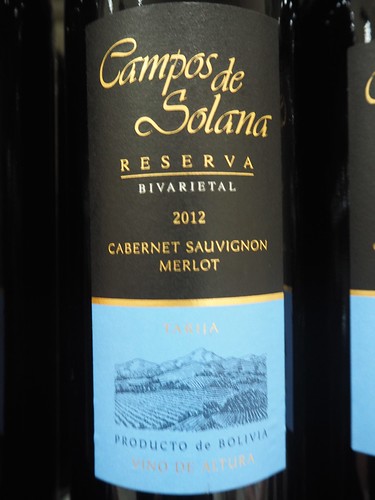 I have been impressed with the Bolivian wines! The city of Tarija is known as the wine growing region on the southern border of Bolivia with Argentina. They are known as the “vinos de altura” (wines of altitude) because the city is over 6,000 feet in elevation. I especially like Campos de Solano and Kohlberg. It would be a fantastic get-away to go on a wine sampling trip and some hiking there.