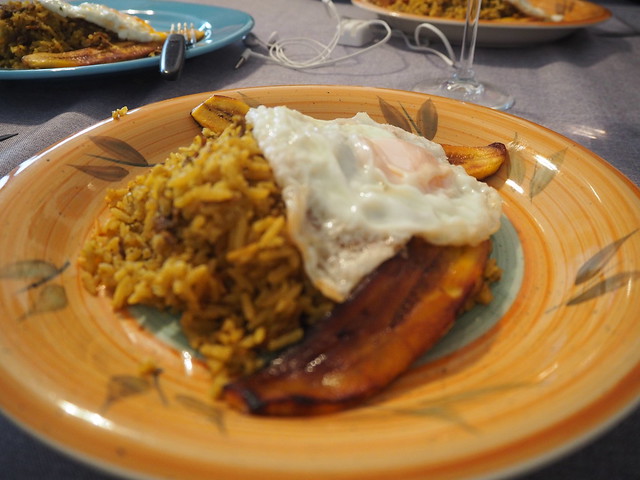 It is nice being back in Santa Cruz this summer and I am enjoying getting reacquainted with the lifestyle here. One of my favorite dishes typical of the Santa Cruz region is majao. The name comes from the Spanish word, majado or golpeado which means “pounded” in English. Cruzeños do not pronounce all of the syllables in many words, so majado becomes maja’o. The main component of this dish is beef, and it is fried and pulled (or shredded). Before it is mixed with rice, it is pounded with a wooden mortar and pestle. Included in the dish is platano (plantain) and a fried egg. The mixture of sweet plantain and salty beef/rice mixture is delicious and topped off with a runny, fried egg. It is one of my favorite oriental dishes, although probably not the most healthy. The origins of the dish come from Spain, as it is similar to another rice dish, paella. The Spanish settlers to the region probably used what was available here in land-locked tropics and used plantains, beef and eggs instead of seafood. The Valencian version of paella is also beef. There are many different recipes for majao that can be found on the internet. 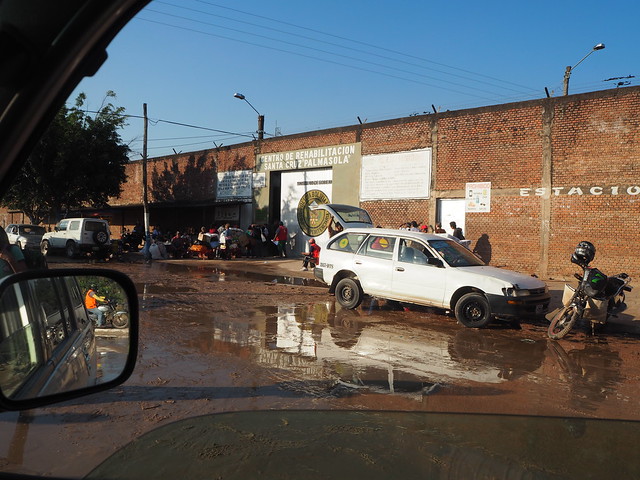 We tried to visit one of my favorite places in the region, Las Lomas de Arena (Sand Dunes) which are huge sand dunes just south of the city. It is a really beautiful area and the shifting sand dunes prevent people from developing the area, thus there are many birds and plant life. We camped on top of the dunes when I lived here and had a wonderful evening. With the recent rains, the path to the dunes was impassable and we got stuck in the mud. Some construction workers pushed us out and so we turned around about a kilometer from the entrance. Typical of the region, one of the best tourist attractions is not accessible due to poor infrastructure. A paved road and promotion of the area would help bring more tourists to the city. We did get to drive by the infamous prison, Palma Sola. I think the “rehabilitation center” would be a misnomer. I wonder what Pope Francis thought about his recent visit to the prison. 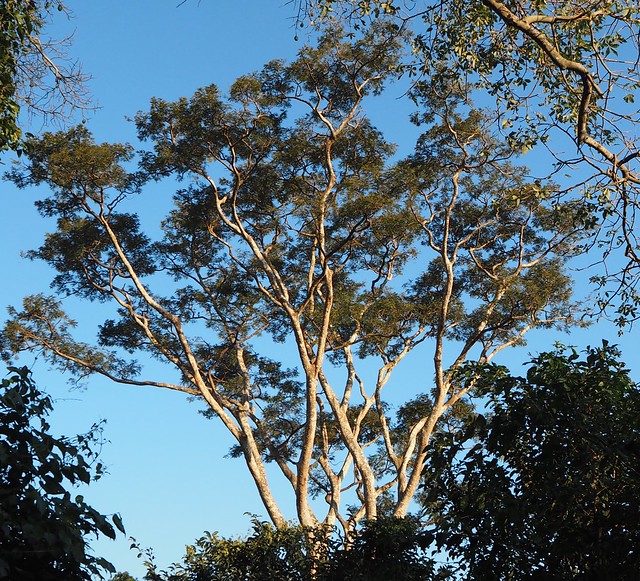 Santa Cruz is a frontier town, although it is losing this quality as it is becoming more populated. There are so many large tropical trees in this fine city and surroundings. I hope that officials develop the city smartly and keep much of the lovely green vegetation and forests, but I do not have much hope for that. 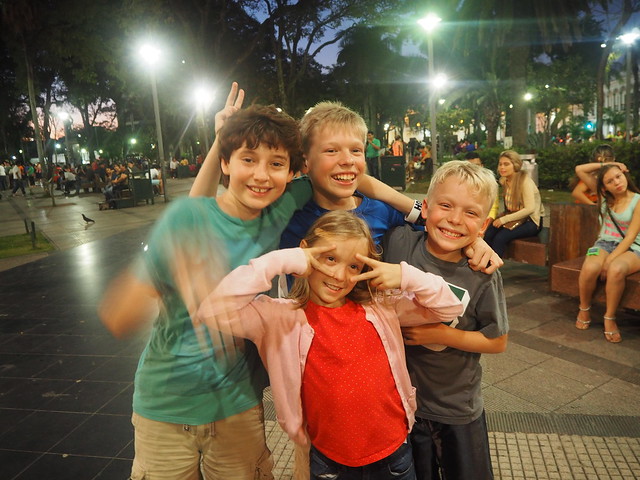 Finally, we had a somewhat nice visit on Sunday night to the 24 of September Plaza. It is soothing to go to the city center and mingle with many people. In this age of the internet and people looking at their screens instead of each other, it was refreshing to people watch and enjoy the sense of community here. There still is a laid back vibe to Santa Cruz and it is one its best characteristics.