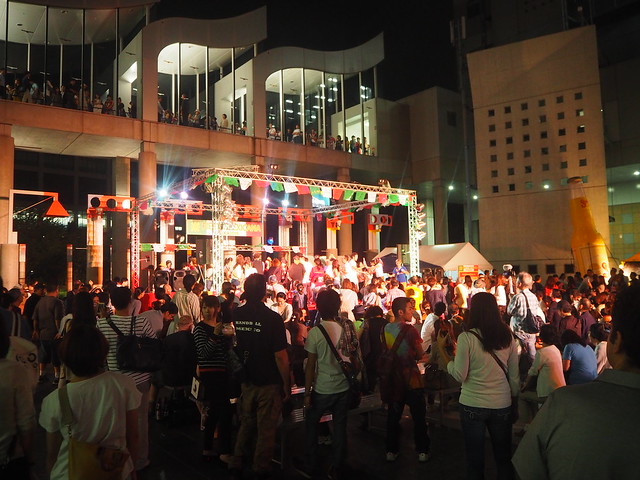 Last night we ventured downtown to the plaza underneath the Umeda Sky Building for the Fiesta Mexicana Osaka 2015. The city holds many ethnic festivals during the year. It was a lot of fun, with tacos, Mexican beer and of course, lots of music and dancing. There was a mariachi band and then they opened up the stage and a DJ played Latin music. It was so nice to in a Latino party atmosphere again! Besides seeing many Latinos and other foreigners, it was good to see the Japanese cut loose a bit and laugh and dance and have a good time. I was surprised to see they were selling glass bottles of Corona, Tecate and other beers. This would only happen in Japan – selling glass bottles at a large public gathering. Of course everyone respectfully deposited the glasses in the recycling bin and there were no fights, etc. 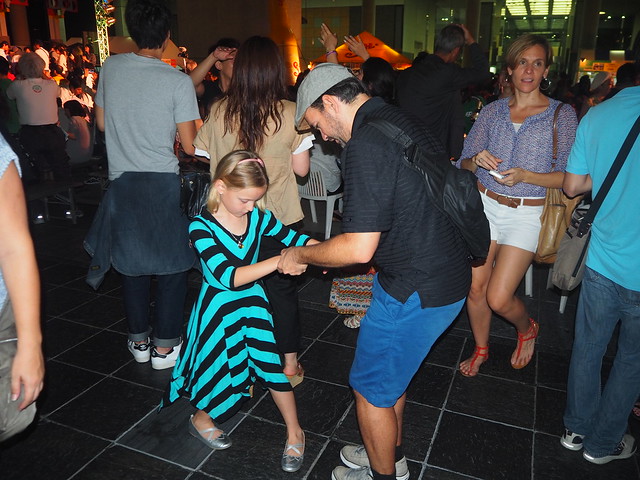 Ocean loves to dance and insisted that I take her up on the stage. Our friend Josep was teaching her some basic salsa steps. She takes after her mother! We laughed a lot and were sweating profusely in the humid, late summer evening. Thank you to the Marce family for inviting us to come down.