Friday I accompanied the “Junior Sabers” basketball team downtown to play basketball at the Osaka YMCA International School (OYIS). The grades 3-5 basketball club at school wanted a culminating game, so we arranged a day of hoops at OYIS. Oliver was a combination of the power of Andre Drummond and the speed of Reggie Jackson. We are big Detroit Pistons fans and the boys model their games after them. The kids on both schools really enjoyed themselves and the purpose of the day was exercise, learning the fundamentals of the sport and experiencing a competitive team sport and all that comes with it.

Owen finished his soccer season last weekend by winning the Western Japan Athletic Association (WJAA) championship. The “Sabers” upset a much older Nagoya I.S. in the semifinals 7-5 and host Canadian Academy 2-1 in the finals. Owen scored 5 goals in the two days. 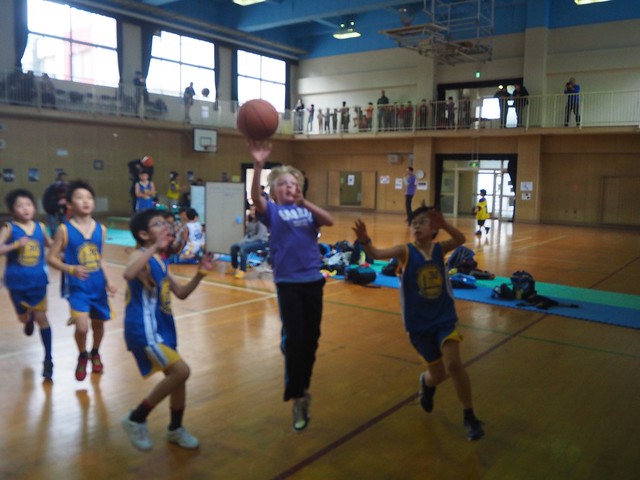 Ollie is so fun to watch on the court. He is a big boy, especially here in Japan and is quite physical on the court. Playing against your older brother makes him a bit more aggressive than the other students. 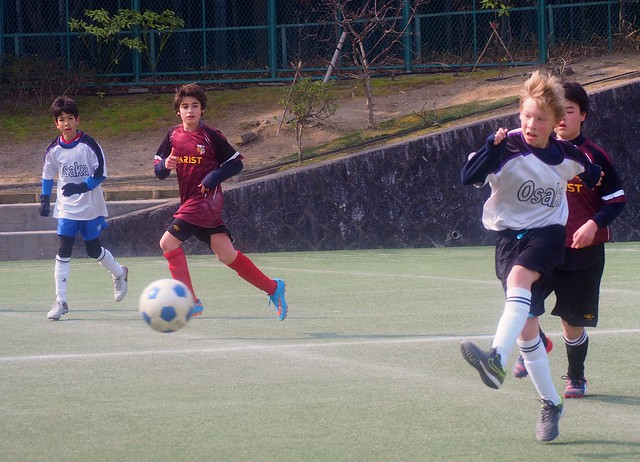 Owen played striker this season and enjoyed playing.  The winter seasons are now over for both Owen and Ollie and we are looking forward to more sports this spring.