Last night Ocean and I went to our monthly “night patrol” with the Sannoh Children’s Center. Groups from the center go around the neighborhood where it is located, one of the poorest areas of Osaka. We encountered 10 homeless men and Ocean along with the others, not only brought food, but a human connection. It must be tough to have hundreds of people pass them by and not recognize them as normal people. I thought of Maslov’s hierarchy of needs and glad we were able to get to the middle of the pyramid. The man pictured above waved to us as we passed by him later in the evening on our way back to the home.

I am a single dad this weekend as Nadia is attending a professional development conference in Kobe. It was so good to spend the entire day with the kids yesterday and so much easier as the kids are growing up and pretty much self sufficient. Ocean obsessed with her loose tooth the entire day and it finally came out last night. She asked for 1000 Yen from the tooth fairy. She is such a positive, caring, calm and smart little girl!

Oliver came with us on a bike ride to the Senri Hanky Hotel which he didn’t like. He is such a character! He makes me laugh out loud as often as he drives me crazy. We are encouraging him to be more active as he has a tendency to play video games and pokemon. He regularly attends the soccer club practices at the school. He plays mostly for the opportunity to hang out with his friends rather than his passion for the game, but I am happy he is up and moving twice a week. I am proud of the progress he is making in becoming a mature young man, although he is still a boy. 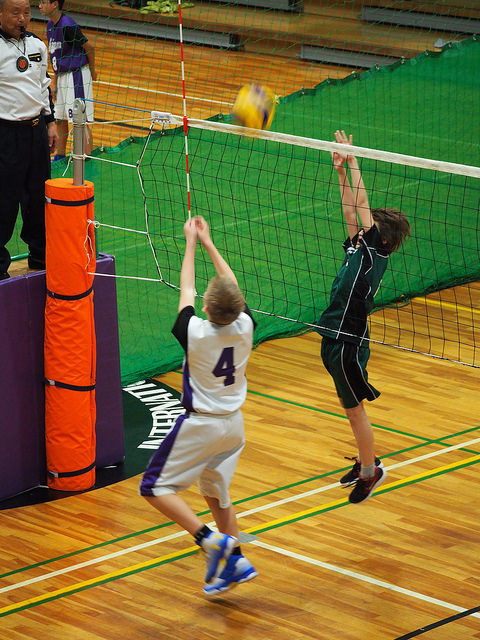 Owen’s volleyball season started yesterday. He hasn’t gone out before, but this year he wanted to try it. He is the star of the “B” team and is enjoying the sport. His team lost 2 of 3 games to Nagoya and beat Canadian Academy in their six games. The highlight was a kick save that went over the net for the winning point in a game versus CA. It was an instinctive play, but it looked like he planned it.

It is another grey day, unfortunately because it is cherry blossom week and with blue skies and sunny weather, they are much more beautiful Let’s hope for some sun this week.