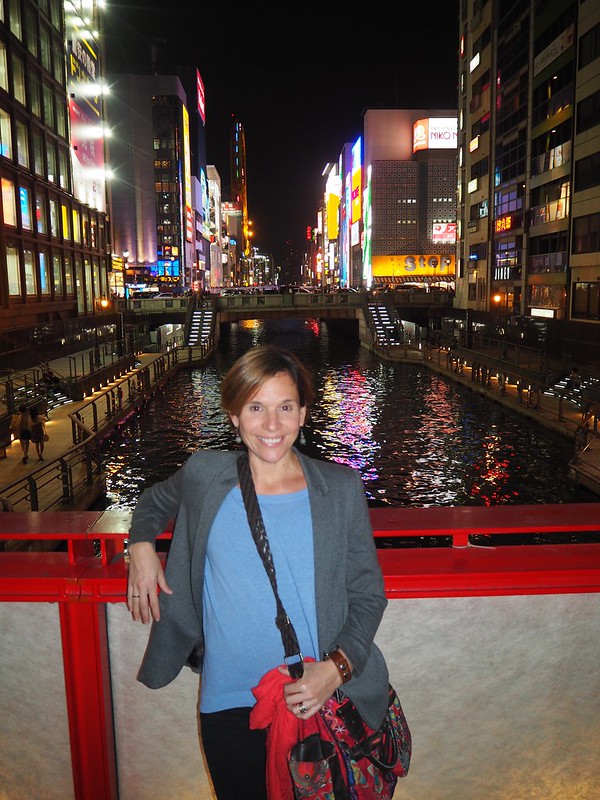 Last night we ventured downtown Osaka to the neighborhood of Shinsaibashi. The goal was to pick up money sent by Nadia’s father (thank you Popa!) through Western Union. He likes to send money to his grandchildren occasionally.

Shinsaibashi is one of the main shopping areas in Osaka. The word bashi means “bridge” and it is named after a bridge over one of the many canals in the city. It was the first western-style stone bridge built in 1909 and it became an icon of the city. In 1964 the canal was reclaimed and turned into a road due to increasing traffic and some of its parts were used in the construction of a pedestrian overpass.

We walked around the streets for a bit, soaking up some of the vibrant urban scene and then had a nice dinner at Brooklyn Parlor . It is easy to get to by taking the Midosuji train line from Senri Chuo to the Shinsaibashi stop.