It was a normal busy week for the Kralovec family. The kids are at such a fun age right now (13,10,8) and the house is buzzing with activities, ideas and energy, it is so nice to have them around! The other night I had to just laugh at my attempts at getting them all to sleep. I was reading with Ocean, and Oliver kept coming in and crawling under the bed to scare us and Owen was outside in the hallway being a typical teenager. I decided just to lay back and enjoy their enthusiasm for life rather than try to get them to go to bed. What a treasure to be a parent!

Nadia took control of Oliver’s grooming as you can see above. Like a typical boy, he has an aversion to picking formal clothes to wear, combing his hair, etc. Nadia took him to the grade 4-5 dance yesterday at the school. We really have good kids to work with and they all had a lot of fun. Oliver is a dancing machine with his signature move being the ankle grab and hand behind the head. 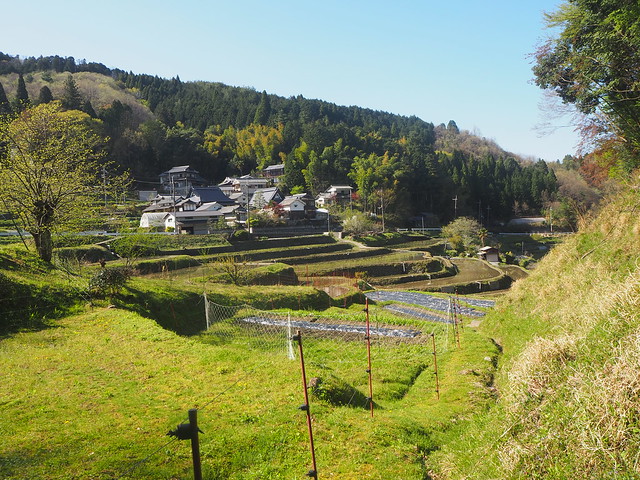 Sunday we explored the Minoh Hills Quasi National Park which sets the backdrop for our suburb. We found this terraced farm and little village and spent the afternoon walking around the area. It is so peaceful and relaxing up there and so close to the hustle and bustle of the city. There is a lot more to see.

On Tuesday I took the kids to the final AFC Champions League game that Gamba Osaka will be hosting in the group stage this year. They will not be advancing and with one game to go, they are currently fourth in their 4-team group. Shanghai who we saw play last time we went and the Melbourne Victory will be advancing. The video above explains why Gamba lost 1-2, they missed on two penalty kicks and one point blank shot against Suwan Samsung “Blue Wings” from Korea.

We are looking forward to Golden Week holiday, with one more full week of school and then 4 days off. We will be staying around Osaka because I am working a couple of the days and Owen has the Scholar’s Cup tourney.